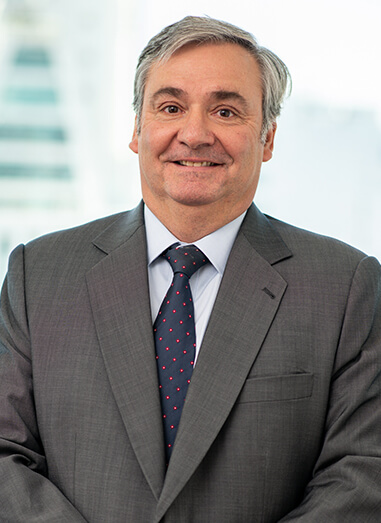 Partner at Allende Bascuñán & Cía since 1996.
During 2000 and 2001 he worked as foreign associate at Morgan Lewis & Bockius, New York, United States.
He has been recognized by Who´s Who Legal, as one of the best Chilean lawyers in the Transport practice and is considered one of the most renowned lawyers in aviation law by specialized publications.
He has also focused his practice on the corporate area, specifically in M&A, and securities markets.
He was admitted to the New York Bar in 1997.