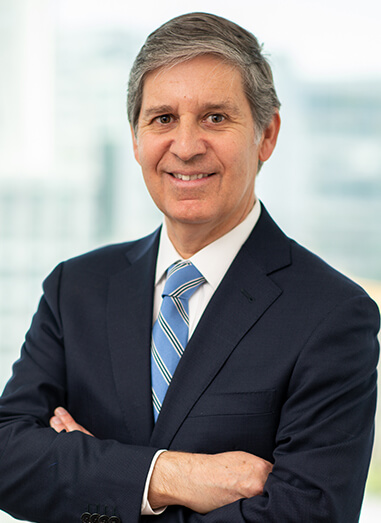 Felipe Bascuñán worked as in-house counsel of Colbún, a power company, between 1990 and 1994.
He is member of the International Bar Association; Director of Icare Legal Circle since its creation in 2005
he was member of the Legislative Commission of the Chilean Chamber of Construction (1998-2004) and has acted as the representative for several companies before the Chilean energy system operator and central energy grid (CDEC-SIC, currently the National Electricity Coordinator) between 1995 and 2002.
Since 2015 he has taught Energy and Electric Law in the Postgraduate Diploma on Natural Resources and Environment of Universidad de Los Andes.
He has been director and/or founder of several not-for-profit organizations and sport clubs.
For several years he has been acknowledged by international boards of directors as one of the best lawyers of the country in the Energy and Natural Resources practice.